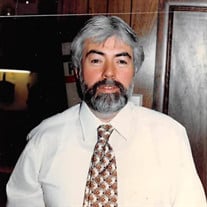 Donald Fraser, 81, longtime resident of Cinnaminson, NJ passed away on Wednesday November 4, 2020. Donald, originally of Bridesburg, is a well- known stalwart in the community, for establishing Cass's Soft Pretzel Bakery (named after his mother) in the Pennsauken Mart. Throughout the years, Donald was known for being charitable and generous. Not only did Donald donate to dozens of charities, he was a role model for the young people that worked for him. He taught his employees something more than work ethic; he also taught them how to be good human beings. But, first and foremost, Donald was a family man who would beam with pride when talking about his children and their accomplishments. He was a proud father who would gladly work from morning to night in order to give his family a better life. Customers who frequented his pretzel shop often referred to Donald as Santa Claus--and they were not too far off. There was something magical about Donald. When people saw him, their faces would soften and their eyes would light up--because Donald represented something. He represented a time when peoples' parents lead them through the Mart and a soft pretzel was enough to make them feel safe, happy, and loved. Robert Frost once said, "Nothing gold can stay," and that's partly true. Donald was gold and we couldn't keep him with us forever; but what he represented will live on through his wife, children, and all those fortunate enough to have known him. Donald Fraser was the beloved husband of 46 years to Julia Fraser(nee Dolan). Donald was a loving father to Shaughnessy, Sandra(Christian Cosgrove), Maggie May Fraser and was predeceased by the late Francis and Katie Fraser. He also was the proud grandfather to Shae Kantor, who will always hold a special place in his heart. Donald is survived by his siblings James Fraser and Sandy Fraser(Bob). A viewing for Donald Fraser will be held at Givnish of Cinnaminson 1200 Rt. 130 N., Cinnaminson, NJ on Sunday November 8, 2020 from 3-6pm; again on Monday November 9, 2020 from 9:30-10:30am. A funeral service is to follow on Monday November 9, 2020 starting at 10:30am at the funeral home. To share your fondest memory of Donald, please click on our "tribute Wall" tab.

The family of Donald Fraser created this Life Tributes page to make it easy to share your memories.

Send flowers to the Fraser family.