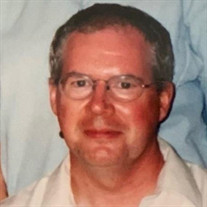 With a heavy heart and sadness to announce, Edward Thomas Pearce of Camden, NJ, at age 68, died on the year of our Lord April 3rd 2022 at the Wynwood Rehabilitation & Healthcare Center in Cinnaminson, NJ. Mr. Pearce is survived by his Son, Edward R. Pearce, Sisters Ada Monger and Grace Neff, Sister-In-Law Lorraine Pearce, brother Joeseph Pearce, his nephews Richie Pearce and Michael Neff and niece Paula Hamill. He is also survived by cousins Thomas Reeves and Colleen Reeves. Mr. Pearce was born to Sadie M. Reeves and Richard J. Pearce on November 10th, 1953 in Camden, NJ. He was a graduate of Wildrow Wilson High School. He attended College at Rutgers Camden and Camden County Community College. While attending Rutgers Camden he spent a semester abroad in Austria. He worked over a decade at Cooper Hospital and had a long career in eyeglass manufacturing. Edward was married to Wanda DeValle, who was called upon by The Lord at an early age. He chose not to re-marry and focused on raising his Son. No one is perfect, but he constantly tried to be the best single parent he could. Through the trials and tribulations of Fatherhood, he became an exceptional Father to his son. Edward was a man of Faith and accepted Jesus as his savior and would joyfully share his faith. Though he may have not been a traditional church goer, he was well verse with The Bible and would quote scripture. He loved his country and cared very much about its state of affairs. Edward was well read, thrived on good conversations, honest debates and could talk to anyone about almost any particular subject. Edward delighted in taking road trips and hiking trails. He enjoyed working on cars, home improvement, computer technology and gardening. Most importantly, he always loved to be of service to friends, neighbors and family alike. On November 19th, 2009, Edward suffered a massive stroke which left him disabled. He was placed initially at The Cooper River West Nursing Facility (Owned by Genesis at the time) in January 2010. Through limited rehab, he was able to regain some speech, some movements and the ability to feed himself. Unfortunately, he was essentially wheel chair and bed bound. Edward would spend the rest of his life in a nursing facility. He accepted his fate as best as anyone could in such circumstances. He kept up his spirits despite his disabilities. He never stopped being a Father, brother or friend to his loved ones and continued to promote the Holy Spirit. Edward is and will always be missed. May he rest in peace in the Kingdom of Heaven. We will all be reunited in God's Will.

With a heavy heart and sadness to announce, Edward Thomas Pearce of Camden, NJ, at age 68, died on the year of our Lord April 3rd 2022 at the Wynwood Rehabilitation & Healthcare Center in Cinnaminson, NJ. Mr. Pearce is survived by his Son,... View Obituary & Service Information

The family of Edward Thomas Pearce created this Life Tributes page to make it easy to share your memories.

With a heavy heart and sadness to announce, Edward Thomas Pearce...

Send flowers to the Pearce family.