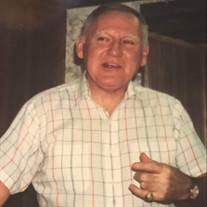 Francis “Frank” E. Bresch, of the Fairmount section of Philadelphia, formerly of the Pocono Mountains and of Chincoteague Island, passed away peacefully on November 25, 2020. Born in Philadelphia to the late William and Genevieve Bresch, he was 79 years old. Frank was the beloved father of Kristen Bresch, of Australia, and Susan Ford (Scott) of Mount Laurel, NJ. Cherished grandfather of Gary Kempton. Dear brother of Thomas and the late William Bresch. If you knew Frank and he loved you, he called you Pal. He was a social man and was never too busy to make new friends. Those who met him could not help but adore him. Frank started his career in the Philadelphia Police Department shortly after getting married in 1966. He served at South Detective Division until he retired in 1989. Frank received many awards from the City of Philadelphia. He was a well-respected detective who took pride in his title and responsibility. Frank was a pioneer in the 70’s as an amazing single father and co-parent. He was always just a phone call away and made sure he was present at sporting events and important milestones. He loved to travel and took his two daughters’ cross country on many occasions and to beautiful islands. Being a city guy, Frank realized that he wanted to spend his weekends with his daughters in the Pocono Mountains. He had a home built and he and the girls would enjoy the beautiful lakes and nature. Frank always put his daughters first. After living in the Poconos, Frank decided to live in Chincoteague, VA where his brother Bill resided. Frank made fast friends with the island community. He became a part of their family and loved driving to the beach to see the horses. If you were looking for Frank, you could find him at Captain Steve’s sitting in the back of the store with his friends and enjoying some cocktails. Frank was a wonderful grandfather to his grandson, Gary. He was fondly known as Poppy Frank. He always looked forward to seeing him and gave him fun experiences and memories. Frank was an avid Philadelphia Phillies fan. He loved listening to Richie Ashburn and Harry Kalas on the radio and going to Vet Stadium for games. Frank was known to enjoy his Pabst Blue Ribbon and loved playing darts with his friends. He loved his city and always said to get your cheese steak from Pats, not Genos. Services for Frank will be held at a later date when it is safer for family to gather.

Francis &#8220;Frank&#8221; E. Bresch, of the Fairmount section of Philadelphia, formerly of the Pocono Mountains and of Chincoteague Island, passed away peacefully on November 25, 2020. Born in Philadelphia to the late William and Genevieve... View Obituary & Service Information

The family of Francis E. Bresch created this Life Tributes page to make it easy to share your memories.

Francis “Frank” E. Bresch, of the Fairmount section of Philadelphia,...

Send flowers to the Bresch family.