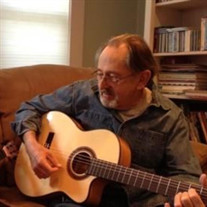 "The smartest man I ever knew," as one of his nephews described him, "yet he never made you feel stupid." John's gifts were many, but he is loved and remembered for his humility, his generosity and devotion to his beloved family, and his kindness and gentle nature. John was born in Vineland, New Jersey, to Francis and Lena (Toth) Donovan. After graduating from high school, he earned an associate degree from Salem Community College. He excelled in chemistry and throughout his lifetime worked for Harleco, EM Science, Merck, and American Bio Medica Corporation. At these companies, he specialized in chromatographic analyses, quality control, and drug test development, techniques that he excelled in thanks to his meticulousness and methodical thinking. If asked about his accomplishments, however, John would have been more likely to talk about those that were closer to his heart: mainly, his family and his garden. He had an especial knack for making children feel special. Fond memories from his daughter, nieces, and nephews include going fossil-hunting, building a home ice-skating rink, and being taken to a game at Yankee Stadium and to a living history museum where nails were being forged. His love of the natural world was infectious, and animals sensed his gentleness instinctively. John's generous and loving spirit was doubly rewarded. He had a happy 40-year marriage to his first wife, Margaret, and together they raised a daughter, Shannon. After Margaret's passing in 2010, he met Camille Spiotto Johnson, and as their mutual love and devotion grew, so did the joy it brought to their families and friends. John was a keen lifelong gardener and especially loved growing heirloom tomatoes (and sharing the produce with as many other people as possible). Every garden he created became a haven for wildlife as well. He cultivated caterpillar food plants so that butterflies would thrive, and he created his own custom bird seed mixes to nourish as many different types of birds as possible—at least 40 species made regular visits to his backyard buffet. John had many other passions and a wide range of interests: playing guitar, collecting coins, listening to jazz, and political discussions, among others. He was greatly loved as a father, husband, grandfather, uncle, and friend, and he is greatly missed. John is predeceased by his first wife, Margaret (Hilton) Donovan; his sister, Natalie Scarpa; and his great-niece, Natalie Chanier. He is survived by his daughter Shannon Donovan; his second wife, Camille Spiotto Donovan; Camille's two daughters and sons-in-law, Andrea and Ken Katz and Patricia and Craig Rothschild; and two grandchildren, Liliana Katz and Olivia Rothschild. His surviving nieces and nephews are Anthony B. and Christine Scarpa and their children Anthony Scarpa II, Larissa, and Nicholas, and Christine's sons Mark and Joe Candidi; Diane and Christopher Vavricka and their son, Christopher, and his wife, Xuan, and daughter, Alyss; Deborah Scarpa Castro and Roland Castro and their daughter, Tori; David and DiAnne Scarpa and their children, Danielle, and fiancé, Jonathan Agner, and David Taylor and fiancé, Ali Leech; Dean Scarpa and JoAnne Kleiderlein Scarpa and their son, JD; Drew Scarpa and Peggy O'Neill Scarpa and Peggy's sons, Mathew and Ryan, and Drew's daughters and sons-in-law, Niki Scarpa Cohen and David Cohen and their daughter, Eva, and Emily and Ian McGurk and their daughters, Billie and Ruby; Deidre "DeDe" Scarpa; Stacey Colucci and her son, Ron Colucci; and David Thomas and his daughter, Jalena Thomas. In Lieu of Flowers please consider donating to either Samaritan Hospice or St. Jude Children's Hospital. https://www.stjude.org/ https://samaritannj.org/

"The smartest man I ever knew," as one of his nephews described him, "yet he never made you feel stupid." John's gifts were many, but he is loved and remembered for his humility, his generosity and devotion to his beloved family, and his kindness... View Obituary & Service Information

The family of John F. Donovan created this Life Tributes page to make it easy to share your memories.

&quot;The smartest man I ever knew,&quot; as one of his nephews described...

Send flowers to the Donovan family.