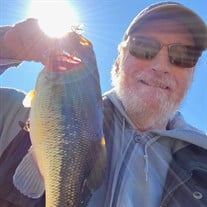 Mark Jerome “Eck” Eckenrode, a wonderful brother and uncle, as well as an awesome friend who would lend an ear for you to share your woes and showed you how to turn a frown into a smile, passed away peacefully at the age of 66 on October 22, 2021 at his home with family by his side. He was born to Jerry and Lorraine (Dodson) Eckenrode on February 27, 1955 in Chambersburg, Pennsylvania. The family relocated to Cinnaminson, New Jersey when Mark was 2 years old. Mark graduated from Saint Casmir’s Catholic School in 1969 and was a 1973 graduate of Burlington County Vocational Technical School where he studied Cosmetology. During his teenage and young adult years he played tournament softball representing many “eating” establishments in the Burlington and Camden counties. He owned several beauty salons, ‘A Mark of Beauty’, Delran, NJ, ‘A Mark of Distinction’, Cinnaminson, NJ, and ‘All Styles’, Cinnaminson, NJ. He was a board member of Lorraine, Inc., and also worked for Holiday Hair Fashions and Hair Cuttery until his retirement in 2012. In 2013 Mark received a second chance at life receiving a liver transplant. He never took life for granted and supported the American Liver Foundation Mid-Atlantic every year raising money and walking in their annual Liver Walk-A-Thon in Philadelphia which helped support the Lady of Lourdes Liver Center, Camden, NJ. Mark spent the last 8 years traveling to visit family and his “Band of Brothers”, sometimes taking his rod and tackle with him. Mark was an avid bass fisherman, loved his Phillies and Eagles regardless if they were winning or losing, and loved to grow the best Jersey tomatoes and long hot peppers. He was predeceased by his parents and sisters Eve Maureen and Angela Marie. He is survived by his loving sisters, Dawn (Bob) and Gem, and his niece and nephew, Sarah and Cody Nenninger. In addition, Mark’s life would not be complete without the love and support of his ‘Band of Brothers of 50 years’ who were by his side during his brief illness: John Lezenby (Joanna), Gary Stuffo, Dave Olive, Jimmy Veneziano (Sammy), Alan Veith (Lisa), Mike Cohen (Diane), Paul Clements (Annie) and Tim Clements (Cheryl), as well as his ‘Sisters from other Misters’: Donna Collis Morlock (Charlie), Kathy Shore Marchiafava, Heather McDowell and Lauren Fisher Sathmary (Phil). Although his physical presence in no longer with us, his family and friends will always remember “Redsy’s sense of humor and kind soul”. In lieu of flowers, please consider a contribution to: American Liver Foundation, Charitable Giving, PO Box 299, West Orange NJ 07052 No public services are being planned at this time.

Mark Jerome &#8220;Eck&#8221; Eckenrode, a wonderful brother and uncle, as well as an awesome friend who would lend an ear for you to share your woes and showed you how to turn a frown into a smile, passed away peacefully at the age of 66 on... View Obituary & Service Information

The family of Mark Jerome Eckenrode created this Life Tributes page to make it easy to share your memories.

Mark Jerome “Eck” Eckenrode, a wonderful brother and uncle, as...

Send flowers to the Eckenrode family.