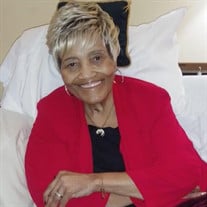 Late one night as the birds stopped singing, little children slept, and all was calm from the day&#8217;s journey. God reached out His arms and carried Carolyn to her permanent home to rest. He knew she was tired and her husband, mother, father,... View Obituary & Service Information

The family of Nancy Carolyn Silvera created this Life Tributes page to make it easy to share your memories.

Late one night as the birds stopped singing, little children...

Send flowers to the Silvera family.