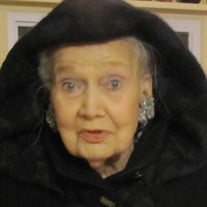 The doctor told Hattie that she shouldn't expect her baby to live. She had been in labor for three days and the child was in a turned position in the birth canal. That was too much stress for any baby. When the baby finally was born, she emerged... View Obituary & Service Information

The family of Phyllis L. Davis created this Life Tributes page to make it easy to share your memories.

The doctor told Hattie that she shouldn&#39;t expect her baby to...

Send flowers to the Davis family.