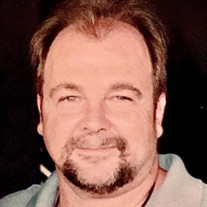 Ron Brudie “BRUDIE”…. “COACH RON” age 60, of Cherry Hill, NJ, passed away peacefully in his home, the morning of September 10, 2021. He was a devoted husband, father, poppa, uncle, brother and friend, who gave selflessly to others. He grew up in Weehawken, NJ. He was an athlete his entire life. He married the love of his life, Renée, and raised three beautiful children, creating a family life in Cherry Hill, NJ. Ron’s whole life was a hustle. With his hard work and dedication, he founded and created his successful business, Financial Medical Counseling Inc (FMC). Remembering Coach Ron, who made a big impact on so many for over four decades, throughout the state of NJ. At 6’2”, with sports in his blood and love for kids in his heart, Ron was an intimidating field presence but had a special way of connecting with everyone. He was tough on his players when he had to be, but loved them like they were his family. On the field or the sidelines, you may have seen or heard that hard exterior and that was his way. Coach Ron’s connection to each of his kids was like no other. He was one of a kind and a father figure. He reached everyone individually and made them feel special by creating nicknames for his kids and connecting in ways that every kid gravitated to. Life on the field, watching his kids grow, brought a light to his life and that twinkle to his big blue eyes. Family life was the one thing that Ron treasured the most. They were the center of his world. He lived and breathed the true meaning of family. He always taught good or bad, through and through “We are family. NO MATTER WHAT!” Our lives will never be the same and this leaves a void that will never be replaced. Our person is gone. We will live our lives molded by him and he will always live on through us. Ron’s death leaves a gaping hole that will never be filled in every life he has touched. He is a legend. He will always be remembered and forever missed. Ron is preceded in death by his parents, Ronald and Jacquelyn Brudie; his sister, Kim Figaro; brother-in-law, Harold (Frank) Levithan; his mother and father-in-law, Rosalia and René Racli. He is survived by his wife, Renée Racli Brudie; his children Tara, Ronnie and Christian Brudie; beloved Poppa to grandchildren Gianna and Mark; his sister, Kerri Levithan; brother-in-law, Jerry Figaro; and adored nephews, Mac Levithan and Chase Figaro. Relatives and friends are invited to gather to celebrate Ron’s life at Givnish of Cinnaminson, 1200 Route 130 N on Sunday, September 19th, from 2 to 4 pm and 7 to 9 pm and on Monday, September 20th from 9 to 10 am. Funeral mass will begin at 11:30 at Christ Our Light Church, 402 Kings Highway North, Cherry Hill. Ron's Mass will be livestreamed and this link can be used to view it at 11:30 am Monday: https://my.gather.app/remember/ron-brudie Interment is private for the immediate family only. In lieu of flowers, the family would appreciate donations to fund memorial tributes in Ron’s honor at some of his favorite places. Donations can be made out to the family and sent it to the funeral home to forward. If you would prefer to send a gift or flowers, you can do so by visiting our sympathy store: https://www.givnish.com/store/?icn=top_nav&icc=fs_store