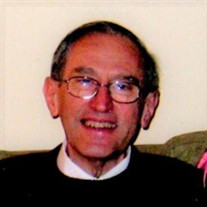 Thomas A. Siciliano of Cinnaminson, NJ, 78, passed away peacefully on September 17, 2021. Beloved husband of Doris Siciliano (nee Santora) for 54 years. Dear father of Annamarie Iadanza (John), Michael Siciliano (AmyLynn Flood) and Lisa Evancho (Brian). Grandfather to Thomas, Addison, Joseph, River, and Jackson. Son to the late Thomas and Elizabeth Siciliano. Brother to Robert Siciliano (Louise) and the late Barbara DiJulio. Uncle to Gina Parisi (Todd), Jennifer Wolk (Steve), Stephen DiJulio (Lyn) and Johnny DiJulio (Susan) and Grand Uncle to Alex, Melissa, Nicolas, Sophia, and Stella. Thomas proudly served in the US Army from 1964 to 1970. He met his beloved wife Doris at an Oaklyn Dance in March of 1965 while he was home on leave. In the beginning of their relationship they sent many letters over 13 months to each other while he was stationed in Korea. Tom was a dedicated husband, father, grandfather and uncle. He spent his retirement years attending his grandchildren’s events, completing word search puzzles, reading the Philadelphia Inquirer and large print books. He had a huge sweet tooth and would often be seen eating his favorite snacks; cereal or gummy bears. Tom spent many days down the shore with his family, enjoying watching his Philadelphia sports teams, an avid fan of the Mummers and proud of his South Philly roots. He had a long standing tradition of reading “The Night Before Christmas” on Christmas Eve to his family and friends. He will be remembered as a gentleman, for his big heart and his deep faith. A gathering of friends and family will be held on Tuesday, September 21st at Givnish of Cinnaminson, 1200 Route 130 North, from 6-8pm. Thomas’s funeral mass will follow at St. Charles Borromeo Catholic Church in Cinnaminson on Wednesday, September 22nd at 10:30am. Burial will take place at Lakeview Memorial Park.

The family of Thomas A. Siciliano created this Life Tributes page to make it easy to share your memories.

Thomas A. Siciliano of Cinnaminson, NJ, 78, passed away peacefully...

Send flowers to the Siciliano family.