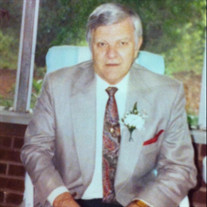 Thomas J. Wisniewski (most fondly known as “Dad” and “PopPop”) passed away unexpectedly on Friday, February 4, 2022. Born in Philadelphia, PA to Eugene and Margaret Wisniewski (nee Motyczycnski) on October 10, 1935. He was 86 years old.  Beloved husband of 65 years to Della M. (nee Reigal), more fondly known to all as “Dolly”. Tom was a resident of Cinnaminson since July of 1978 and formerly lived in Philadelphia for the beginning part of his life.  He was the loving father of Robert (Rita) Wisniewski, Diane (the late Randall) Hudson (nee Wisniewski), and the late Thomas Wisniewski, Jr.  Beloved grandfather of Melissa (Dominic) Salvatoriello (nee Hudson), Christopher Mell, Ryan Hudson, Thomas (Jaime) Wisniewski III, Jennifer (Michael) Jung (nee Wisniewski), Christine Haney (nee Sparks), Michael Mucerino, Thomas Sparks, and cherished great-grandfather to 13. Loved brother of Patricia (Wally) Jurkiewicz and the late Eleanor (Donald) Buckley.  Tom proudly served his country in the US Army, both active duty and in the Army Reserves. During his time in the reserves, Tom mainly helped with performing military funerals. He was a retired bricklayer, with a career lasting over 50 years, where he worked as a foreman for Krenkel & Whitlock (Philadelphia, PA). He was also a member of two local bricklayer’s unions: Local 64 in Philadelphia, PA, and Local 1. In addition to these, Tom was also a Boy Scouts Leader for Troop 105 at St. Phillips Church in Philadelphia for 10 years, and a counselor at Breyer Boy Scout Reservation in Jenkintown, PA. Tom loved watching and being a part of the Philadelphia Mummers. He was a proud member of the Polish American String Band for many years where he volunteered as a marshal, and a member of the Polish American Association Club. Tom also loved being artistic. He loved his many hobbies which included, but were not limited to: stained glass, drawing, and building model airplanes. He was a skilled handyman and car enthusiast. He had a true passion for anything involving airplanes, and even had the opportunity to solo fly small planes during his younger years at the Butter Valley Airport in PA. He loved to sing his family songs that got stuck in his head (even though he was notorious for forgetting and/or messing up the lyrics). Most of all, he enjoyed eating good food, cracking jokes whenever he could, and spending time with his family. Tom was everyone’s favorite guy. He had a big, contagious personality and an even bigger heart. He always had a way of making you feel loved and protected, especially if you were family, and he will be so very missed by all. Inurnment,, along with Military Honors, will take place Monday, May 2, 2022, 1 p.m. at Calvary Cemetery, Cherry Hill, NJ If so desired, memorial contributions may be made to Randall’s Rescue (www.randallsrescue.com). To share your fondest memories of Tom, please visit www.givnish.com.

The family of Thomas J. Wisniewski created this Life Tributes page to make it easy to share your memories.

Thomas J. Wisniewski (most fondly known as “Dad” and “PopPop”)...

Send flowers to the Wisniewski family.